Home > Power is Everything

In the movie Apollo 13, John Aaron the EECOM Electrical Engineer told Flight Director Gene Kranz that “Power is Everything”.  The Apollo 13 space capsule & Lunar Module needed to power down immediately to save the flight crew.

Well the same can be said for Blast Shop systems.  While not a matter of life or death, sufficient power is the single most important component of an efficient Abrasive Blast Shop – “Power is Everything.”

Without adequate power (i.e, compressed air CFM – Cubic Feet per Minute), Blast shops will consume inordinate amounts of Abrasive (regardless of chosen Abrasive) – and will end up preparing less surface area – in a longer period of time.  In general, Overhead costs rise as the CFM falls below optimum levels – while profits fall.

So what determines the appropriate level of CFM for an Abrasive Blast Operation?  The following parameters help determine optimum CFM (and subsequently the Compressor size and cost):

The single largest cost of a Blast Operation is the compressor.  A new diesel-fired compressor in the 375 to 450 CFM range will be in the $40,000 to $50,000 range – so the Blast system design should be focused on efficiently utilizing the CFM capacity available (see 1 thru 7 above).  The compressor cost will typically be 2 to 4 times the cost of all the other equipment needed in the Blast Operation combined – even including the Air Dryers.

Did I mention that diesel compressors do not run reliably in cold weather?

Electric compressors are definitely more costly than the same sized diesel compressor – but offer overwhelming advantages in stationary Blast Shops.  Fuel costs savings – even after factoring the added electric costs – will more than make up the difference in purchase price within in the first year.  However, electric compressors’ lack of mobility can be the key factor in choosing one or the other.

So in the design of a Blast Operation, the foremost focus needs to be on the power plant itself – that which generates the CFM.  John Aaron’s declaration to Gene Kranz “Power is Everything” is central to the design of efficient Blast Operations.  Appropriate compressor size will not necessarily save lives, but it will determine successful Blast Operations and sustainable profitability.

If you would like to discuss Blast Systems, please call 314-241-5333 or email Keith@tcrcoatings.com. 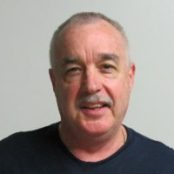 Author: Keith Gabbard
Keith Gabbard has been helping blast shops and industrial painting contractors for almost 40 years and he understands the keys to improving blasting systems that can make a huge difference in your performance and profits.

Take advantage of our expertise in Blast Operation development – for both Regulatory Compliance and Operational efficiencies. Call Keith at 314-241-5333 or email keith@tcrcoatings.com.